December 10, 2016. Over 80 people attended the Wreaths Across the Grove event to place wreaths on every acre. Thank you to PECO, Hogs and Heroes PA2 and Prowell Financial Management, LLC for sponsoring this event. Thank you to all who bought wreaths and who came out to assist in placing them. Special thanks to BS Troop 22 for taking time out of their camping weekend to join in. 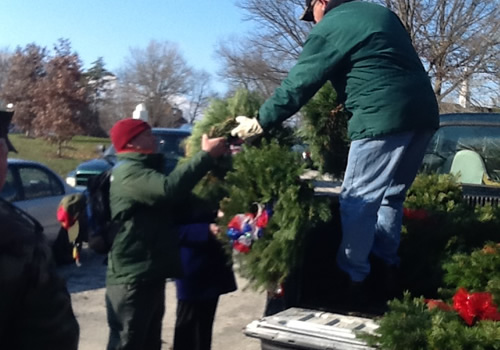 Repaving the roadway by W. Virginia, PA, Ohio moving toward N Dakota. The Friends’ goal is to finish the paving in 2017. 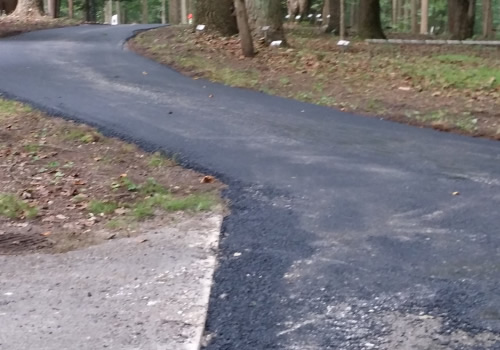 April 16th & 17th  PA Hogs & Heroes did a quickly needed cleanup of the Grove resulting in 5 trucks of debris being removed from the Grove. We can’t thank you enough for your continued support. The Grove looks beautiful.

April 26, 2016 PECO employees volunteered in the Grove and washed the obelisks and trimmed trees. We thank you for assisting us in the Grove yearly.

May 14, 2016 Spring Cleanup & Friends 5th Anniversary Celebration. Over 90 volunteers attended and we thank you!

May 20, 2016 Special thanks to the seniors at Renaissance Academy Charter School for their service day in the Grove on Friday. They assisted in a 2nd Inventory of the ground plaques for several states. Great job!

June 17, 2016 Thank you to the Coatesville High School PA771 AFJROTC Cadets for doing an emergency cleanup today in the Grove. Great Job!

June 29, 2016 Coatesville High School PA771 AFJROTC Cadets once again answered the call for an emergency cleanup and were surprised to meet MOH Recipient SSgt. Leroy Petry in the Grove.

7.14.16 The Independence Blue Crew picked up branches, washed obelisks and ground plaques this morning despite the heat and humidity. They did a fantastic job- all 60 of them. Thank you so much. Special thanks to David Turner of David’s Drive for bringing two 35 gallon tanks on the back of his truck, filling them and hauling them into the Grove to fill the Blue Crew’s buckets! Thank you.

August 27, 2016 Thank you to the Immaculata University First Year Experience service group for their cleanup.

9.17.16 Fall Cleanup We had a great cleanup today. Thank you to the 111th Attack Wing out of Horsham Air Guard Station, PA771 AFJROTC from Coatesville High School, Civil Air Patrol, Squadron 1008 as well the organizations, families & friends who have adopted acres from May until Oct. Scout Pack 73 also did a special cleanup today. The branches and sticks are gone and dirt has been filled in along the new roadway as well as grass seed planted (fingers crossed). The 111th Attack Wing worked on the drainage along the AOH acre in Honor of the Air Force’s Birthday tomorrow.

October 22, 2016 Thank you to the Valley Forge Military Academy Cadets, Renaissance Academy students and volunteers who planted 51 trees in the Grove. Also thank you to Gene Halus, Cory Etchberger and Jerry O’Dell for their leadership and working with the students.

November 2016 Devon 50 Scout Kevin inventoried the Pennsylvania and New Jersey ground plaques for his Citizenship in the Community Badge. 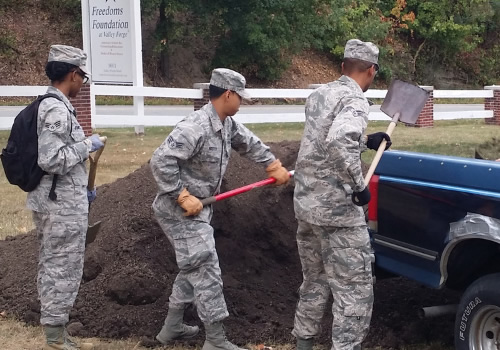 Senator Andy Dinniman, Friends of the Medal of Honor Grove and the Freedoms Foundation hosted “Honoring Our Veterans” in the Grove. 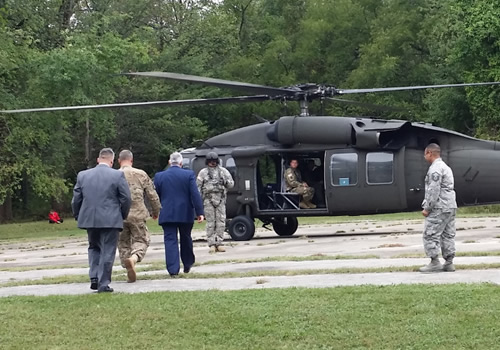 Last year’s pilot program went so well with volunteers adopting acres that we are continuing it this year.

The Friends of the Grove have the grass cut regularly throughout the acres. But, to keep costs down, we can use additional help.

We are looking for a handful of folks with weed-whackers to be assigned specific areas to cut this summer and early fall. Paying to weed-whack the grass around the ground plaques adds an expense to the Friends that we would like to lower so we can repave more roadway and do other upkeep.

The following acres are still in need of being adopted. Can you or your organization commit to caring for an acre from June – October to help? Please email Elaine at secretary@friendsmohgrove.org if you would like to sign up.

GROUND RULES FOR ADOPTING AN ACRE

Thank you for adopting an acre in the Medal of Honor Grove. Remove branches and sticks to the helipad, if possible. They can be piled there for removal at another time. If you can’t, notify Elaine that a pile is at your acre. Weed your acre’s pad. We ask that any weed killer is only sprayed on the pad and NOT on the grass anywhere else in the acre. Wash the obelisk, if needed. There is access to water at the Knox Building. No power washing of the obelisks. Wash the ground plaques. They can be sprayed with Simple Green and wiped off in lieu of water. Wash the cement walkway.  You can use a moss remover on the walkway only. Weed Whack the grass around your state’s ground plaques if possible. (There is no electric in the Grove so you’d need to use a gas weed whacker but if you don’t have one, it’s fine. We have volunteers who can weed whack if needed. Notify us if you need help)